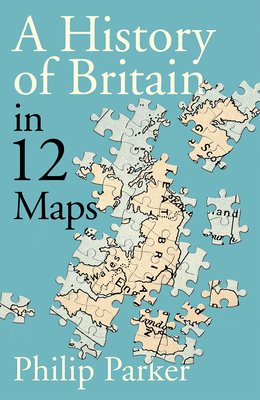 By Philip Parker
$32.95
Unavailable
Not Yet Published - Check Back Later

With the uncertainty of Brexit looming, Britain as we know it is on the brink of defining change. With current borders being disputed and, with them, identities challenged, this book provides brilliant insight into how the country's borders have always been, and always will be, in a state of change. From the Celtic period when "Britain" was just a patchwork of tribal kingdoms; to the height of the empire a century ago, when the whole of Ireland, India, Australia, much of Africa, Asia and the Americas were marked as British; through to the present-day when Britain's shape and extent is once more in question, these maps dramatically chart the political and cultural evolution of the nation. By focusing on these maps Philip Parker reveals how Britain came to be the way it is today, and how the past is a guide to where the country might go from here.

Philip Parker is a writer, consultant, and publisher specializing in ancient and medieval political and military systems. He is the author of A History of Britain in Maps, the DK Eyewitness Companion Guide to World History and many more. As a publisher he ran the Times books list, including The Times History of the World.