END_OF_DOCUMENT_TOKEN_TO_BE_REPLACED

The Secrets of Words (Hardcover) 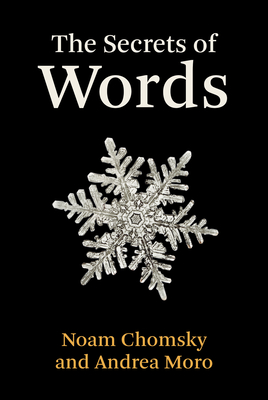 In The Secrets of Words, influential linguist Noam Chomsky and his longtime colleague Andrea Moro have a wide-ranging conversation, touching on such topics as language and linguistics, the history of science, and the relation between language and the brain. Moro draws Chomsky out on today’s misplaced euphoria about artificial intelligence (Chomsky sees “lots of hype and propaganda” coming from Silicon Valley), the study of the brain (Chomsky points out that findings from brain studies in the 1950s never made it into that era’s psychology), and language acquisition by children. Chomsky in turn invites Moro to describe his own experiments, which proved that there exist impossible languages for the brain, languages that show surprising properties and reveal unexpected secrets of the human mind.


Chomsky once said, “It is important to learn to be surprised by simple facts”—“an expression of yours that has represented a fundamental turning point in my own personal life,” says Moro—and this is something of a theme in their conversation. Another theme is that not everything can be known; there may be permanent mysteries, about language and other matters. Not all words will give up their secrets.

Noam Chomsky is Institute Professor and Professor of Linguistics Emeritus at MIT and Laureate Professor in the Department of Linguistics at the University of Arizona, where he is also the Agnese Nelms Haury Chair in the Agnese Nelms Haury Program in Environment and Social Justice. He is the author of many influential books on linguistics, including Aspects of the Theory of Syntax and The Minimalist Program, both published by the MIT Press.

Andrea Moro is Professor of General Linguistics at the Institute for Advanced Study (IUSS) in Pavia, Italy. He is the author of Impossible Languages, The Boundaries of Babel, and A Brief History of the Verb To Be (all published by the MIT Press), and other books.