END_OF_DOCUMENT_TOKEN_TO_BE_REPLACED

Listening to Stone: The Art and Life of Isamu Noguchi (Paperback) 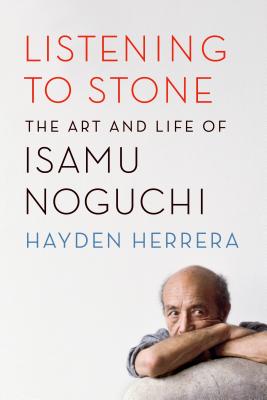 A master of what he called "the sculpturing of space," Isamu Noguchi was a vital figure for modern public art. Born to an American mother and a Japanese father, Noguchi never felt like he belonged anywhere and spent his life assembling identities in his statues, monuments, and gardens. He traveled incessantly from New York to remote Japanese islands, from Paris to Bangladesh, synthesizing aesthetic values. The result--massive sculptures of interlocking wood, Zen-like gardens of granite, and stone slides--is now seen as a powerful artistic link between East and West.

Drawing on Noguchi's personal correspondence and interviews with artists, patrons, assistants, and lovers, Hayden Herrera creates another compulsively readable biography of one of the twentieth century's most important artists. Noguchi was elusive, forever uprooting himself to reinvigorate what he called the "keen edge of originality." Yet Herrera locates this man in his friendships with artists like Buckminster Fuller and Arshile Gorky, and in his affairs with women like Frida Kahlo. Herrera reveals his playfulness and his intense immersion in his work, from designing sets for Martha Graham to creating the Noguchi Museum in Queens.

A rich meditation on art in a globalized milieu, Listening to Stone is a moving portrait of an artist compulsively driven to reinvent himself as he searched for his own "essence of sculpture."

Hayden Herrera is the author of Frida: A Biography of Frida Kahlo, Mary Frank, and Matisse: A Portrait. She lives in New York City.