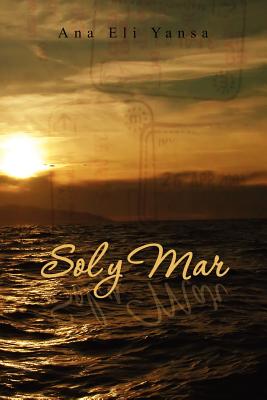 Solimar and Marisol are two vastly different women bearing the same juxtaposed name; having been named at birth in honor of both the Sea and the Sun. Just like the Sea compliments the Sun as it rises and sets, their unique friendship and dependency on one to the other is challenged on a daily basis. Separated by an unjust deportation, they are forced to battle time, deceit, love and hopes lost and further endure the questioning of their individual spirituality. To be irrevocably distanced from a soul mate, in their eyes, is as if the Sun never again touches down or rises behind the Sea. Their seemingly insurmountable effort to reunite causes them to conquer hidden demons, and accept God on terms that they are ill-equipped to decipher. As they find themselves being stripped of their dignity, they are actually being painfully molded into women of valor, faith and character. Their friendship evolves along their sojourn through Miami, Panama and Puerto Rico. Weaknesses become strengths or vice versa, and the submission to perils with childlike faith becomes the springboard for either continued pain or their freedom from it. Solimar and Marisol are the embodiment of the gateway to the tumultuous peace one feels when you find yourself at the very crossroad where both Sun and Sea meet. Their story will encourage you to reflect upon the watery mirror of your own wayward soul, causing you to question and inviting you to venture into the loveliest gift of all ... Free will.

Ana Eli Yansa lives secluded in what she considers to be a "sanctuary" in Northern New Jersey. She is the unemployed mother to a beautiful, independent young woman of 25 years. Ms. Yansa decided to leave the corporate world and make it on her own. Ana Eli, much like her characters is a woman of faith, valor and much humor, and yes, she does own a pet turtle in honor of her main character, Solimar. Mysterious, fun-loving and at wit's end, Ana Eli's creation, Sol y Mar, challenges you to believe in the impossible, just as much as her writing painfully challenged her to believe in herself. Ana Eli Yansa is just like you and me.