REWIND - The Price of Fate (Paperback) 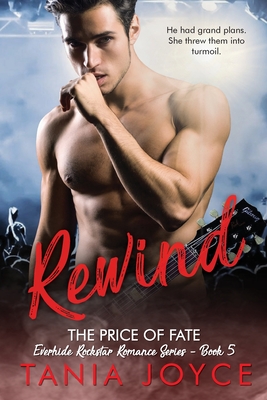 After the loss of his first child, Hunter Collins wanted to put his grief behind him. He'd made a new plan-record a new album, live life to the fullest, tour the globe with his band, Everhide.

But his girlfriend, Kara Knight, had other ideas. She wanted a baby.

Having to use a surrogate raised new fears, the level of difficulty too great, the risk of failure too high.

For Hunter, music had to come first.

How could he have a family when the pressure to create another number-one album had mounted from his band, their millions of fans, and his own high expectations? But did he want a child as much as Kara?

When his health became a concern, he struggled to listen to his body . . . and his heart. Will pushing himself to the limit jeopardize his career and his relationship or will it lead him to uncover a new direction he could have never foreseen?