Seven Contemporary Plays from the Korean Diaspora in the Americas (Paperback) 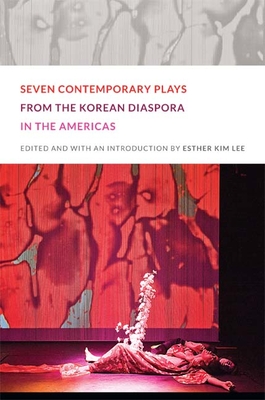 Showcasing the dynamism of contemporary Korean diasporic theater, this anthology features seven plays by second-generation Korean diasporic writers from the United States, Canada, and Chile. By bringing the plays together in this collection, Esther Kim Lee highlights the themes and styles that have enlivened Korean diasporic theater in the Americas since the 1990s. Some of the plays are set in urban Koreatowns. One takes place in the middle of Texas, while another unfolds entirely in a character's mind. Ethnic identity is not as central as it was in the work of previous generations of Asian diasporic playwrights. In these plays, experiences of diaspora and displacement are likely to be part of broader stories, such as the difficulties faced by a young mother trying to balance family and career. Running through these stories are themes of assimilation, authenticity, family, memory, trauma, and gender-related expectations of success. Lee's introduction includes a brief history of the Korean Peninsula in the twentieth century and of South Korean immigration to the Americas, along with an overview of Asian American theater and the place of Korean American theater within it. Each play is preceded by a brief biography of the playwright and a summary of the play's production history.

Esther Kim Lee is Associate Professor of Theater and Asian American Studies at the University of Illinois at Urbana-Champaign. She is the author of A History of Asian American Theatre.