The Talisman Of Skerne (Paperback) 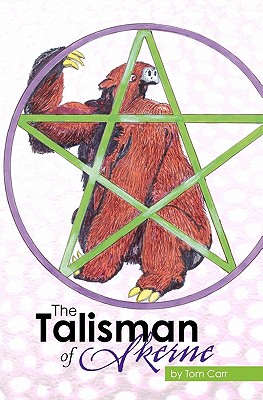 Parody; satire; a comic novel packed with hilarious episodes, some macabrely so; the history of a Quest; a page-turner of an adventure tale It is all of these things A French Duc aestivates (mm ) in his Yorkshire retreat, unaware that in the neighbouring county an evil compatriot is about to exploit the weaknesses of two men in order to steal long-hidden artefacts. The Duc accepts a commission from the Catholic Church to find and recover the malevolent Talisman and two scrolls with perilous content. Helped by old friends, a young American astro-physicist and a maimed, aristocratic, exiled Russian biochemist, and also his homicidal chauffeur, his quest takes him from the Yorkshire dales to the south of France and back again. His path crosses that of two delightful French women who, it turns out, are unwitting but crucial elements in the malefactor's wiles. Fortunes fluctuate as the story gathers pace before it hurtles to a wholly surprising d nouement.

Tom Carr was born in 1947 and spent his childhood and youth in Haughton-Le-Skerne, Darlington, County Durham in North-east England. He trained to be a teacher in Twickenham, London, where he met his future wife, to whom the book is dedicated. His training included a year teaching in a French Lycee. He taught French for three years in Harlow, Essex, then he returned to Haughton-Le-Skerne, having bought a house previously owned by his paternal grandfather after whom he was named. He taught English in a secondary school in Darlington for eleven years. During that time he became interested in Special Needs provision and took further qualifications in this field. He then spent twenty years as Special Needs Coordinator in a secondary school in Lanchester, County Durham. He is about to retire from County Durham's Home and Hospital Support Service for which he has worked for the past seven years, the last four of these as Advisory Teacher. "The Talisman Of Skerne" is Tom's first completed novel, though another started earlier is half-completed. It is very different in nature and style, being much longer and quite dark; a complex, psychological murder story. Tom was also a co-author of a musical play called "Bunter" based on an English comic magazine character, Billy Bunter. Locally, the play was well-received. Tom and his wife have a son, a daughter and a grandson. Also, like his main protagonist in "The Talisman", Tom owns a house in France's Languedoc and a Citroen DS. He hopes to spend his retirement enjoying both.