Oduduwa - King of the Edos (Paperback) 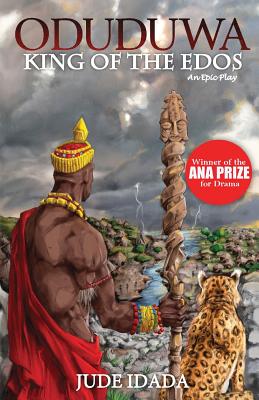 ODUDUWA, KING OF THE EDOS is a play which explores the true identity of an ancient African King who was believed amongst numerous competing historical accounts to have come down from the heavens (skies) to found the present day Yoruba people of South Western Nigeria. It attempts to draw congruence between mythical accounts of his origin which are found in the oral traditions of the Edos of present day Mid-Western Nigeria, those of the Yorubas of Ile-Ife in particular, and Western Nigeria in general, while imagining an explanation as to the divergence in their accounts. It seeks to answer the questions: was Oduduwa a god that ruled men, the first creation of the supreme God, an exiled Edo prince or was he a mere mortal whose leadership qualities became legendary and thus exalted him to the status of the progenitor of the Yorubas? Set in the kingdoms of Igodomigodo and Ile-Ife, it journeys across time into the more recent pre-colonial Benin city and Ile-Ife, while using well rounded characters, loftily crafted language, deep cultural mores, scintillating music, dance, fast paced action and intrigue in bringing to life a captivating period in the history of the Yorubas and Edos.

A graduate of the celebrated Theatre Arts department of the University of Ibadan, Jude Idada has written and directed critically acclaimed plays in Nigeria and Canada. A multi award-winning screenwriter, poet and playwright, Jude extensively writes, produces, and directs documentaries and feature films. He lives in Toronto, Canada and Lagos, Nigeria. www.judeidada.com