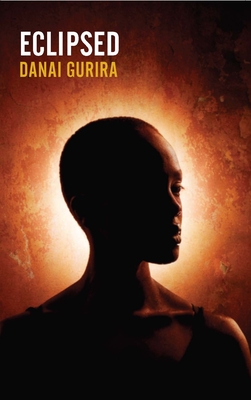 "Soul-searing...Eclipsed shines with a compassion that makes us see beyond the suffering to the indomitable humanity of its characters." Charles Isherwood, New York Times "A major achievement...Eclipsed is shattering in part because, while the Liberian Civil War finally ended, the struggle continues in a ravished human landscape. We can do little more than bear witness--something this miraculous play helps boldly to accomplish." Jeremy Gerard, Deadline "Danai Gurira's remarkable play is an epic of war and suffering... painted with warmth, humor and rage...A considerable work of art." Stewart Pringle, Time Out London "It's a common lament that there are no good roles for women. But Danai Gurira has packed this harrowing drama with five of them." Joe Dziemianowicz, New York Daily News Amid the chaos of the Liberian Civil War, the captive wives of a rebel officer band together to form a fragile community--until the balance of their lives is upset by the arrival of a new girl. Drawing on reserves of wit and compassion, Eclipsed reveals distinct women who must discover their own means of survival in this chilling and humanizing story of transformation and renewal in a hostile world of horrors not of their own making. Danai Gurira is an award-winning Zimbabwean American actor and playwright. Her plays include In the Continuum, The Convert, Familiar and Eclipsed. As an actor, she is best known for her role as Michonne on AMC's The Walking Dead. She is the co-founder of Almasi Collaborative Arts, and founder LOVE OUR GIRLS: a campaign bringing awareness to injustices faced by women and girls throughout the world. (Visit: logpledge.org)

Danai Gurira is an award-winning Zimbabwean-American actor and playwright. As a playwright, her works include In The Continuum (Obie Award, Outer Critics Award, Helen Hayes Award), Eclipsed (NAACP Award; Helen Hayes Award, Best New Play), The Convert (six Ovation Awards, Los Angeles Outer Critics Award), and Familiar, which has its world premiere at Yale Rep in February 2015. All her works explore the subjective African voice. She is the recipient of the Whiting Award, is a former Hodder Fellow, and has been commissioned by Yale Rep, Center Theatre Group, Playwrights Horizons, and the Royal Court. She is currently developing a pilot for HBO. As an actor, she has appeared in the films The Visitor, Mother of George, 3 Backyards, and the television show Treme, among others. She currently plays Michonne on AMC's The Walking Dead. She is the co-founder of Almasi Collaborative Arts, which works to give access and opportunity to the African Dramatic Artist. Danai was born in the US and raised in Zimbabwe by Zimbabwean parents. She holds an MFA from Tisch School of the Arts, NYU.