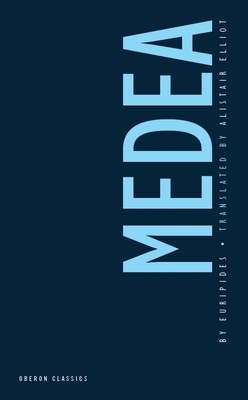 'What I intend to do is wrong, but the rage of my heart is stronger than my reason - that is the cause of all men's foulest crimes.'

Medea is the archetypal wronged woman driven to despair. When uncontrollable anger is unleashed, the obsessed mind's capacity for revenge knows no bounds.

One of the greatest and most influential of the Greek tragedians, Euripides, is said to have produced 92 plays, the first of which appeared in 455BC. Alistair Elliot's translations of Greek drama include works by Aristophanes, Euripides and Sophocles. His published work includes Euripides' 'Alcestis'; collections of verse translations, 'French Love Poems', 'Italian Landscape Poems', 'Roman Food Poems'; and seven collections of original poems. Further information can be found on his Wikipedia entry.