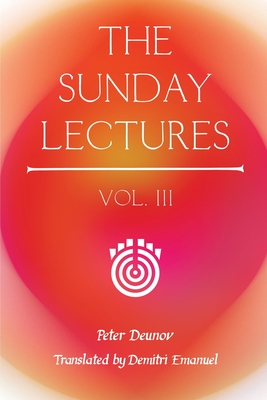 The collection of lectures in this volume are part of Peter Deunov's lecture series, Power and Life, which he delivered every Sunday for the next 30 years. Deunov primarily draws on verses from the New Testament. He examines the words of Christ as they relate to us and our modern world. Our modern views, however, are problematic. According to philosopher, Isaiah Berlin, what philosophy deals with are the assumptions on which a great deal of normal beliefs rest, the kind of beliefs which people don't want to probe. Modern-day people simply don't want to be bothered, lest such scrutiny expose their faults and weaknesses. Yet Deunov does just that Many of modern man's faults are remnants from a distant past which has no foreseeable future. Most of these shortcomings lie hidden in the recesses of the collective unconscious. It is therefore our task to both identify and rectify them. Doing so will ensure a brighter future for all of us.

Peter Deunov concluded several of his lectures with the same message: "dress with hope, be filled with faith, and connect with love." These remarks not only reflect the themes of the lectures, but they also explain a process that takes place from within. Going beyond superficial definitions, Deunov explores everything in detail, oftentimes with several examples that are easy to grasp and which relate to our own lives. He therefore takes abstract subjects and makes them both concrete and applicable. Many of his lectures also reflect the turmoil of the times, namely the first World War, which was coming to an end. However, from his perspective, the real war is the one being waged between good and evil, and our task is to stand on the side of goodness, love, and truth.