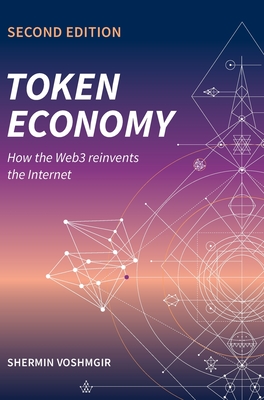 This is the second edition of the book "Token Economy" originally published in June 2019. The basic structure of this second edition is the same as the first edition, with slightly updated content of existing chapters and four additional chapters: "User-Centric Identities," "Privacy Tokens," "Lending Tokens," and How to Design a Token System and more focus on the Web3.

Part one outlines the fundamental building blocks of the Web3, including the role of cryptography and user-centric digital identities. Part two explains Web3 applications like smart contracts, DAOs & tokens. The last two parts of the book focus on tokens as the atomic unit of the Web3, explaining the properties and functions of money and outlining the emerging field of decentralized finance (DeFi) that might power a potential future digital barter economy. Use cases such as asset tokens, purpose driven tokens, BAT (Basic Attention Token), social media tokens (Steemit, Hive and Reddit), privacy tokens, and stable tokens are explored, including the role of CBDCs (Central Bank Digital Currencies) and Facebook's Libra.

About Tokens: Tokens - often referred to as cryptocurrencies - can represent anything from an asset to an access right, such as gold, diamonds, a fraction of a Picasso painting or an entry ticket to a concert. Tokens could also be used to reward social media contributions, incentivize the reduction of CO2 emissions, or even ones attention for watching an ad. While it has become easy to create a token, which is collectively managed by a public Web3 infrastructure like a blockchain network, the understanding of how to apply these tokens is still vague. This book attempts to summarize existing knowledge about blockchain networks and other distributed ledgers as the backbone of the Web3, and contextualize the socio-economic implications of the Web3 applications such as smart contracts, tokens, and DAOs to the concepts of money, economics, governance and decentralized finance (DeFi).