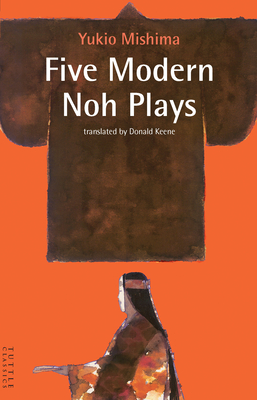 Five Modern Noh Plays brilliantly revives a great art form that has long fascinated audiences and readers throughout the world. As long ago as 1916 William Butler Yeats and Ezra Pound were excitedly discovering Noh plays. In 1922 Arthur Waley's fine translations appeared in a collection titled The Noh Plays of Japan. Since then, interest has grown steadily in this unique art form. At the heart of Noh lies the accidental encounter through which the workings of Fate are revealed. Often one of the persons is not what he or she seems to be: perhaps a ghost or a person fallen from high estate. Mishima has been marvelously successful in preserving the weird and haunting mood of classical Noh, but his characters and situations have the directness and hardness of an encounter on a city street. The emotion of these plays is so communicable that one can imagine them staged anywhere in the world. Or they can be read and reread in Donald Keene's excellent translation.

Yukio Mishima was born in Tokyo in 1925. Upon his graduation from the Peers' School in 1944, he received a citation from the Emperor as the highest honor student. He was graduated from Tokyo Imperial University School of Jurisprudence in 1947; his first novel was published in 1948. After that, he constantly wrote: ten novels, many successful plays, and a travel book. His lesser writings include fifty short stories, ten one-act plays, and several volumes of essays. The Sound of Waves, a novel published in Japan under the title of Shiosai, won the 1954 Shinchosha Literary Prize. It was published in English in 1956. Donald Keene (1922-2019) was born in New York City in 1922. He was educated at Columbia, Harvard, and Cambridge universities. From 1948 to 1953 he taught at Cambridge, after which he spent two years in Japan as a Ford Fellow. In 1955 he became an Assistant Professor of Japanese at Columbia. His published works include two anthologies of Japanese literature, a general introduction to the subject, and studies of Japanese literary and historical themes. In 2002, he was awarded one of Japan's highest honors, the title Person of Cultural Merit (Bunka Koro-sha), for his distinguished service in the promotion of Japanese literature and culture.